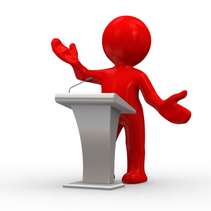 The following are a few examples of ahadith from Shia texts that have survived over the centuries when so much has been doctored. The normal trend is to dismiss these narrations which are never quoted in books that justify mutah.

Prohibition of Mutah in Shia Text.

According to Sheikh Tusi both Hadiths are Saheeh[Authentic] and even branded by Allama Kasahani in Rajal Kashi as Mutawatar[Highly Authentic]pp234.V3.


2) )Another hadeeth that is the following from Furu al Kafi, Kitab ul Nikah, the Imam said about Mut'ah:

Al-Mufadal bin Umar reported that Aba Abdullah (as) said about Mutah: 'Abandon it, aren't anyone of you ashamed of exposing his private parts, and then exposing it (by telling) to his pious brothers and companions?' Pp44.V2.Wasael Alshia Pp22.V21.

Classified as Saheeh by Sheikh Mufeed in his Commentry on Al Kafi[Pp67.V7] and Hasan [With Good Chain of Narration] by Al Majlasi[Pp92.V31] in his Bihar ul Anwar.


4)Ja'far Al-Sadiq says in a narration by Abdallah bin Sinan: "I asked Abu Abdullah (as) about Mutah. He said: "Don't defile yourself with it" Bihaar Al-Anwar, Volume 100, page 318 By AL Majlisi.Classfied as Hasan[With Good Chain of Narration] by him and sheikh Safar AL Shafi Saheeh[Authentic] in his AL Shafi,Pp61.V8.


5)Narrator says that he heard ibn Abi Umair who narrated from Ali bin Yaqtin saying: 'I asked Aba al-Hassan (a.s) about the Mutah and He (a.s) replied: 'What do you have to do with this, when Allah has made this unnecessary for you.' I said: 'I just wanted to know about it'. He (a.s) replied: 'It is Prohibated. Al- Kafi, Volume 5 page 442. Al Astibasar Pp459,V12.

Shiekh Amali and Shiekh Abu Hassan decleared it Saheeh in their Commentries on AL Kafi[pp35,V4 and Pp109.V10] and Hasan by AL Majlisi in his Maratul Uqool Pp59.V34.

Declared it Authentic by Majlesi and Hassan By Sheikh Tuse in his Min La Yadrhu Fiqa.pp213 V13.

Ismailites permits it in extreme circumstances.

Zaidites and Ismailites dismissed all claim made by Athana Asheri[Twelvers] about Mutah legality and class all text from Holy Profet and Imams as [Twelvers] fabrications.


1)It was narrated from Imam Ali Al Murtaza(R.A)that:

“Allah’s Messenger forbade the temporary marriage in the year of Khaybar.” Mujmoo Imam Ali(R.A)Pp 499 V112.
3) Ali (R.A) said to a man who was engaging in Mutah: